finance companies). This stops the contract from earning in the system and can also stop any amortized expenses from being taken on a monthly basis.


ASPIRE has the ability to either create no GL activity at month end or to use CONTRA interest/expense accounts to hold the balance of earnings that would have been taken during the non-accrual period. If the customer becomes current a reversing journal entry will be created in either case that will debit the earned income account and credit whatever is set on the non-accrual interface for the contract and/or its associated Contract Items.

deferred income account or a CONTRA interest account for shadow accounting purposes. If these interfaces are set to match the deferred account the net of the debit and credit at month end for a contract on non-accrual will equal zero which means the contract is not earning from a GL perspective. 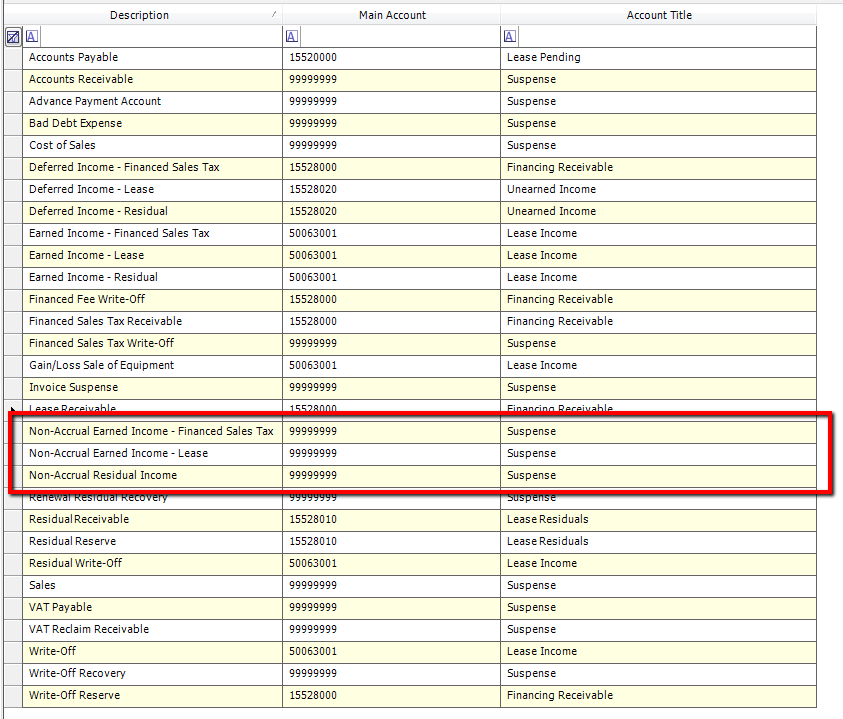 each one based on the customer’s intention to either have all earnings/expense net out to zero for contracts on non-accrual or use a CONTRA account to hold the non-accrual earnings balance.

On an IDC item the following settings will drive the handling of expenses taken for a contract on non-accrual: 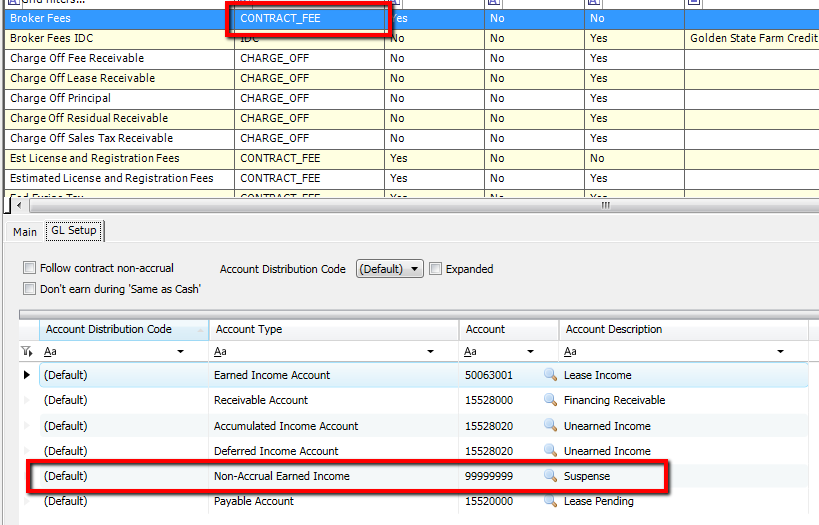